Last week the English Touring Company theatre@school performed their musical “Treasure Hunt” to 180 students from grade 5 and 6 in our gym.
Even if the two actors, who are native speakers from London and Liverpool, spoke English all the time, our students understood the funny story and had fun singing along. Many students took the chance to interview the actors after the play. They learned that the stuffed frog does not need breathing holes in the box and that the actors both like FC Liverpool but live near London. 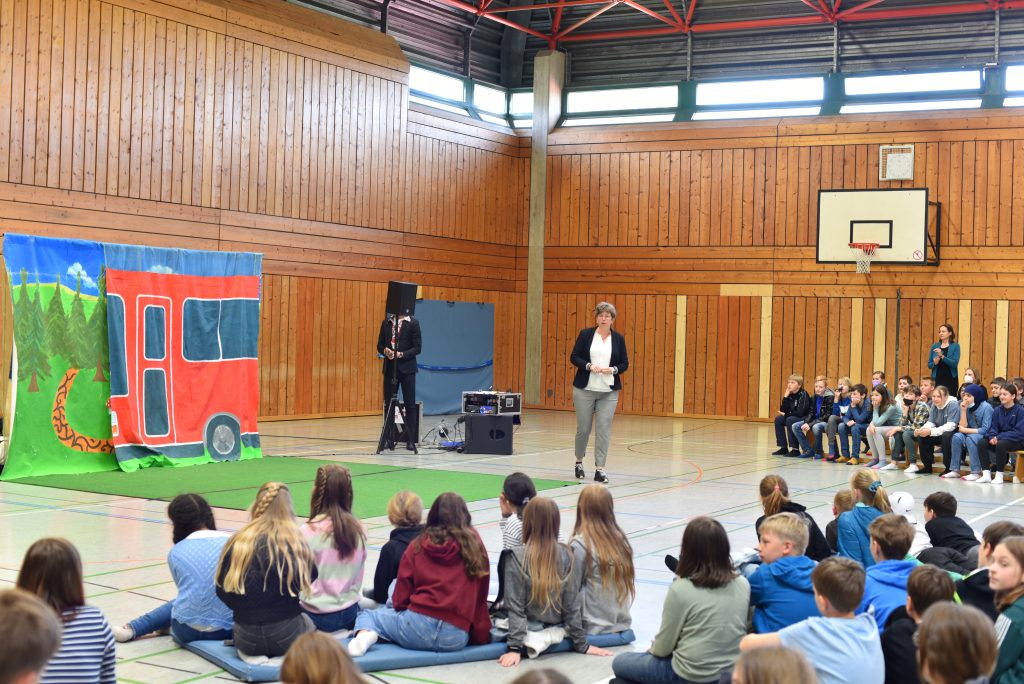